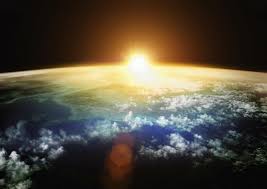 n the Southern Hemisphere it is the season of the waxing dark, post-Summer Solstice, and in the Northern Hemisphere it is the season of the waxing light, post-Winter Solstice.  At this place and time in Earth’s annual orbit – our everyday sacred journey – Earth makes the post-Solstice transition, crossing the midpoint (the “cross-quarter”) between Solstice and Equinox on February 3rd at 15:27 “Universal Time” (as it is named). All planetary times for this Moment may be found at archaeoastronomy.com. Old European traditions often name these Moments as Lammas and Imbolc respectively, though those names could be varied to Late Summer perhaps, and Early Spring perhaps. Many around the globe will celebrate Lammas/Imbolc on the traditional date of 1st/2nd February, and some on the actual Moment, and some at a time when the season feels right, and some when it can be fitted into tick-tock time. And there are other cultural variations of celebrating this transition of our Planet’s orbit around Sun, and the Poetry we humans create with it, conversing with Her Creativity. 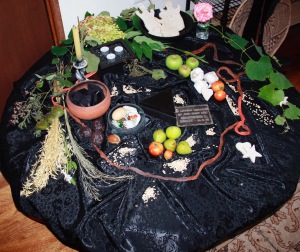 In the oldest Earth-based traditions of Europe, Lammas has been a celebration of the Old One, the Crone face of Goddess, when the Summer party is over, Sun has peaked in this region of our Planet, and She becomes the reaper. In more recent times, as Goddess became displaced, it became known as “Lughnasad”, the “wake”/funeral of the grain God Lugh: and traditionally straw figures of the god are burnt in ceremonies. Lammas (meaning the feast of the bread) may be an earlier name for this Seasonal Moment, though some are of the opinion that it is a Christian name: I disagree[i] … the Primordial Mother Goddess IS the grain (corn, wheat, rice) in many global indigenous cultures; and Lammas may be celebrated with the understanding that we are each and all the grain, the food, consumed – certainly after the peaking of being, if not before. The Dark is an awesome aspect of Cosmic Creativity, in which all participate. The Dark is at the base of all existence – is the Matrix and Origin of Being. The Dark then is a native place – Home … named and understood perhaps as Larger Self. This seasonal Moment of Lammas is a time to express and be with our organism’s love of Larger Self – this native place; to remember our organic desire for small self-transcendance, which may be understood as an expansion, a melting into the larger soup, the Cauldron of Creativity in which we are immersed.[ii] 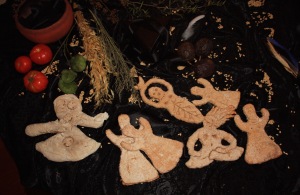 The Dark may be experienced as a merciful place. Lammas may be the time for asking: “What would I make sacred in my life? What is sacred to me? The understanding of, and confront with the passing of things may bring with it the blessing of “what is essential?” Lammas is traditionally a time of harvest, thus for celebrating the Harvest of Life, the Sacred Consuming. We are all consumed – even in every moment: so who are we feeding?  and are we happy with the answer? … perhaps this may be offered to the sacred Dark from whom we emerge, for transformation – for a wise path beyond your knowing, trusting the deep wisdom of the Universe, which is within as much as anywhere.

Lammas, which may be felt as Late Summer (rather than Early Autumn – though it is the beginning of the Seasonal decline), is the time to dedicate to the larger purpose – to find and clarify larger purpose, for setting one’s heart in the right place – in the arms of the Dark Sentience out of Whom we arise, in trust that this actually the way to true abundance and joy.

Whereas Imbolc/Early Spring (which may be felt as Late Winter depending on your region), polar opposite across the globe at the same time, may be a time of dedication to small self, the unique beauty and gift that each particular small self is: a time of committing to bringing forth and nurturing what may be new and tender, or untried. It is traditionally celebrated as a special feast of Great Goddess Brigid of the Celtic peoples, who tends the flame of being: She is the Flame of Being. 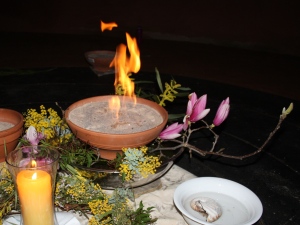 Imbolc/Early Spring is a celebration of the new Young One, the Promise of Life. It is often understood as a very maternal kind of celebration … and indeed that is the nature of re-generative mind. It means taking on Maternal mind, no matter what variety of gender/sex you may identify with: re-generative/Maternally connected mind is what the Planet seriously needs more of from all beings.

The nurturance of life is for the brave and courageous. The Great Goddess Brigid who is traditionally invoked for such a task, embodies three primary capacities that may need spelling out in our times: She is imagined as Blacksmith, Physician and Poet … all three. Blacksmith is one who takes the unshapely lump of raw metal, melts it, then takes the fiery hot form and shapes it: She is spiritual warrior, shaman. Physician is one who understands the “physics” of being, of matter … how a body relates within itself and within its context, functions harmoniously and thus may heal/whole. Her physics is biologically connected – an understanding of dwelling within a whole and seamless Universe. 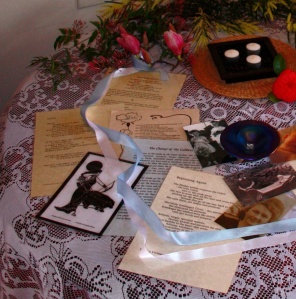 Poet of Old is one who speaks the metaphors, the stories of cultural knowledge, the sacred language of Creativity – one who “spells” what may be so. It is a power of spirit: the voice enabled by air, resonant with the winged ones – the birds – whose perspective transcends boundaries. The ancients knew Poetry as a sacred and powerful task – that with our words, we do create what is so. Brigid’s “motherhood statements” are statements of the Mother/Creator, Who is never separate from Her whole self – the Young One and the Old One.

At my Place in Blue Mountains Australia we will gather to celebrate Lammas on February 4that 7pm. The invitation reads:

This is the season of the waxing Dark …

the feast of the Old One –
who Creates the Space to Be.
The Darkness born at Summer Solstice now grows.

This is the time of celebrating the Larger Self,

the dedication of small self to the Dark Sentience – She to Whom we belong.

We meet to make sacred our lives
– in the Wisdom of the Compassionate One,

Who receives us in every moment: to be midwifed,

by She who is the Transformation-of-the-Ages.

If you wish to attend, you may email me (Glenys) for an invitation and details 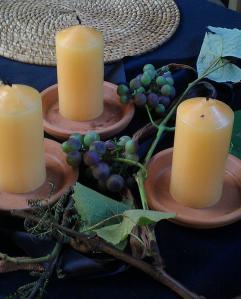 PaGaian Cosmology blogs for Lammas. And from Brian Swimme: The Sacred Cosmological Dynamic of Loss – I have learnt much about this Seasonal Moment by understanding more of the Universe story, which is the story of Who we are, and embraces transformation.

An article that speaks to the mirror reflection of Lammas and Imbolc: Making Sacred: Space for the Not-Yet and also Lammas/Imbolc Earth Moment February 2015 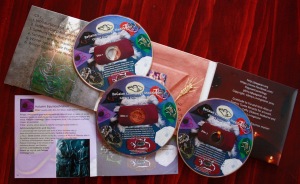 Some Lammas and Imbolc story may be found in Appendix F of PaGaian Cosmology, or if you have a paper version of the book there is an Index for references throughout. These Seasonal Moments in relationship to the whole Wheel of the Year may be found in Chapter 5, and ritual scripts are offered in Chapter 7, though they of course always evolve and adapt to personal and regional poetics – I try to keep the on-line versions up to date with changes to the sense of things here, so they are different from those in the paper copy of the book.

[i] re the name “Lughnasad”: There has been conversation amongst Goddess scholars about the name for this Seasonal Moment after Summer Solstice. It is commonly named amongst Pagans as “Lughnasad” after the Celtic Sun/Grain God Lugh, but as Lawrence Durdin-Robertson seems to suggest in his book “The Year of the Goddess” (Aquarian Press 1990, p.143 quoting Adam McLean “The Four Fire Festivals” 1979, p. 21), originally the Deity of the harvest was the Goddess named Tailtu (reportedly Lugh’s “foster-mother”) so the name Tailtunasad has been suggested by Cheryl Straffon editor of Goddess Alive!  Many (including myself) have preferred the name of Lammas, but some think it is a Christian term: however some sources say that Lammas means “feast of the bread” which is how I have understood it … and surely such a feast pre-dates Christianity. The evolution of all these things is complex, and we may evolve them further with our careful thoughts and experience.

[ii] or more on this understanding of Lammas see  PaGaian Cosmology: Re-inventing Earth-based Goddess Religion, wherein Lammas may be celebrated with appropriate dedications made to this awesome aspect of Cosmic Creativity, in which all participate.