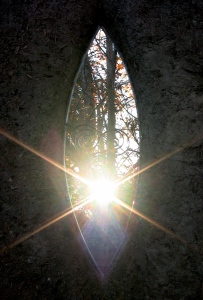 Earth enters the Season of Solstice in our orbit around Mother Sun at this time: She/we are tilted either away from, or toward, Sun (depending on your hemisphere) to the furthest point at the moment of Solstice. For the Southern Hemisphere it is the Winter Solstice – the time of longest hours of dark. For the Northern Hemisphere it is the Summer Solstice – the time of longest hours of light. Solstice Moment is when the ‘turn around’ occurs, the Sacred Interchange as it may be known: when Sun moves back in the other direction on the horizon. Mother Sun is our source of life and energy: there is not a single thought or action that could take place without Sun. Everything that has taken place on our planet since its beginning is the result of relationship with Sun. Solstice then is a holy Moment, a magical moment, to be noticed and revered. The actual peaking Moment of June Solstice this year is 15:54 June 21st UTC. All global times can be found here: archaeoastronomy.com

The holy moments of Solstice – Winter and Summer – celebrate a Sacred Interchange of the manifesting creative dark and the manifestation of light and form. It is that Moment when, depending on your hemisphere, the fullness of dark or light gives birth to either the light or dark; both of which continue to wax into fullness again reciprocally, until the next Solstice Moment (December), and the Interchange occurs again. The Solstices – both Winter and Summer – celebrate an essential Cosmic reciprocity at the heart of life, the relational quality of existence … “to be is to be related”[1] – to be is to be in deep communion. This place of being in which we find ourselves is a never-ceasing interaction of the manifesting dark and the manifest light and form: we exist within a dance of form and dissolution. At the Solstices we may celebrate the turning, the gateway, in particular.

Winter Solstice is the sacred interchange of what is not-yet with what will be, celebrating and marking the coming into being. The Southern Hemisphere turns/ returns to the light – a celebration of the birth of all manifest form, of being, the promise of ongoing Creativity. Summer Solstice is the sacred interchange of what is with dissolution, celebrating and marking the fulfilment and purpose of that being, and its return to the Mother. The Northern Hemisphere turns /returns to the dark – a celebration of the fullness and wholeness of being and the give-away of that fullness, for the feeding of all. The Winter and the Summer Solstice mirror each other, and are the fulfillment of each other. 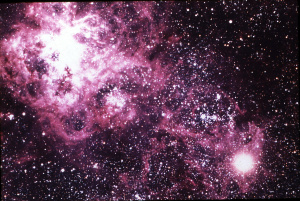 The Winter Solstice peaking of dark celebrates the Origins/Womb of all which is at the same time a flaring forth of being … as happens in every moment in the quantum foam, and as the Sun’s “return” assures. Winter Solstice Moment is a remembering of the Space/Void/Night out of which All arises: and this “vacuum” is everywhere, we are immersed in it, it is within and without, this “emptiness”, or pure space. Out of it “particles simply foam into existence … being itself arises out of a field of ‘fecund emptiness’. … The ground of the universe then is an empty fullness, a fecund nothingness … The base of the universe seethes with creativity, so much so that physicists refer to the universe’s ground state as space-time foam’.”[2] Winter Solstice is a celebration of this deep mystery of being – the emergence, the Birth of the New Young One from this full darkness: and this Creativity is present in every drop of space-time. We live in an omnicentric and sentient universe, subjects within a great Subject who is birthing in every moment, and so may we

The Summer Solstice peaking of light celebrates a Radiance, the shining forth of all that a being is/may be which is at the same time a dissolving of self: I find this to be a deep mystery, a kind of Zen koan. It puzzles me, this giving-away of all that a being is – in every moment actually – in that it is both a display/full expression of the self, and a dissolving of that self at the same time. And Mother Sun does this in every moment – pouring forth 4 million tons of Herself in every second. As evolutionary philosopher Brian Swimme reflects: “The Sun is, with each second, giving itself over to become energy that we, with every meal, partake of. … its spiritual significance is supreme.”[3] The peaking of light at this time of year, is a moment of celebrating and graciousness for all that is and has been given. At its deepest esoteric meaning, Summer Solstice is a celebration of the mystery of Union – Re-Union – of this form that we are with All-That-Is – in its everyday process. The fullness of expression of this form – the small selves that we are – fulfill our purpose, and we dissolve: and we may strive/attend to do so in every moment and action.

If you are celebrating Winter Solstice – The Birthplace of the Universe  may be an inspiring contemplation of our Origins, the Womb in which we are. And whichever Solstice it is that you may be celebrating, these short clips of Brian Swimme’s reflections may be nurturant of that spirit: Generosity of the Sun and Radiance

In Australia where I am located, I will celebrate the Winter Solstice Moment with simple ceremony on the 22nd June. Celebration is invited:

At this time when the Dark part of day is longest,

as Earth leans us away from Sun to the furthest point,

Darkness reaches Her fullness, and yet …

She turns, and the seed of Light is born.

This is the season for the lighting of candles,

and receiving the Gift of Birth.

The story of Old tells us that on this night,

to the Divine Child

the New Young One within all.

We celebrate Her eternal Cosmogenesis,

and the Miracle of Being.

PaGaian Cosmology Meditations CDs have been beautifully produced to support the preparation and performing of the Seasonal ceremonies and celebration. The Winter Solstice or Summer Solstice tracks may be purchased individually (digitally), or the whole set may be purchased in CD form or digitally.

Some Winter and Summer Solstice story may be found in Appendix F of the book  PaGaian Cosmology, or if you have a paper version of the book there is an Index for references throughout. These Seasonal Moments in relationship to the whole Wheel of the Year may be found in Chapter 5. Ceremonial scripts are offered in Chapter 7, for adaptation if one wishes to personal and regional poetics. (Note that the on-line versions are usually different from those in the paper copy of the book).

← Cake for the Queen of Heaven and Earth
O Mother Sun →