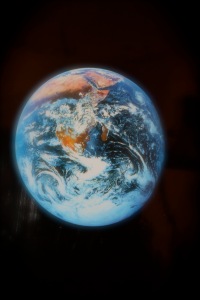 Note February 2007: There is now a revised version of these, named as Twelve Principles for Understanding the Universe in Evening Thoughts by Thomas Berry (ed. Mary Evelyn Tucker, SF: Sierra Club Books, 2006), p. 145-147.

The version below, which is in the book PaGaian Cosmology, was taken from the Study Guide for the video series Canticle to the Cosmos. Thomas Berry’s expression of these principles has evolved over the years.

1. The universe, the solar system, and the planet Earth in themselves and in their evolutionary emergence constitute for the human community the primary revelation of that ultimate mystery whence all things emerge into being.

2. The universe is a unity, an interacting and genetically related community of beings bound together in an inseparable relationship in space and time. The unity of the planet Earth is especially clear; each being of the planet is profoundly implicated in the existence and functioning of every other being of the planet.

3. From its beginning the universe is a psychic as well as a physical reality.

5. The universe has a violent as well as a harmonious aspect, but it is consistently creative in the larger arc of its development.

6. The Earth, within the solar system, is a self-emergent, self-propagating, self-nourishing, self-educating, self-governing, self-healing, self-fulfilling community. All particular life forms must integrate their functioning with this larger complex of mutually dependent Earth systems.

7. Genetic coding process is the process through which the world of the living articulates itself and its being and its activities. The great wonder is the creative interaction of the multiple codings among themselves.

8. The human is that being in whom the universe activates, reflects upon, and celebrates itself in conscious self-awareness.

9. At the human level genetic coding mandates a further trans-genetic coding by which specific human qualities find expression. Cultural coding is carried on by educational processes.

10. The emergent process of the universe is irreversible and non-repeatable in the existing world order. The movement from non-life to life on the planet Earth is a one-time event. So, too, the movement from life to the human form of consciousness. So also the transition from the earlier to the later forms of human culture.

11. The historical sequence of cultural periods can be identified as the tribal-shamanic period, the neolithic-village period, the classical civilizational period, and the emerging Ecozoic era.

12. The main task of the immediate future is to assist in activating the inter-communion of all the living and non-living components of the Earth community in what can be considered the emerging Ecozoic era of Earth development.