Marie Tulip: a Foremother of Goddess in Australia

This was originally written for the Goddess Association in Australia (GAIA) Conference 2007, whereat Marie Tulip was honoured as one who came before.

It is edited slightly and published here for the anniversary of Marie’s birth 12th March (1935). Marie passed from this manifest form on 19th September 2015. 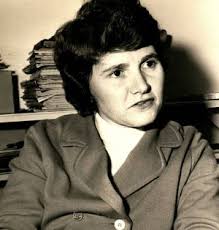 Marie Tulip’s Goddess journey perhaps got under way when she was in a Paris Museum in the 1960’s. She says she was looking at rooms of spear heads and war paraphernalia and “bored to the back teeth” – then she saw a woman’s head: it was the “Venus of Brassempouy” of 22,000 B.C.E. Marie bought a replica of it and later showed it at the beginning of every course she taught in women and religion. Marie was a young woman with children, and an M.A. in French when she co-initiated a protest group called Christian Women Concerned in the late 1960’s. These women felt they had no public voice, but wanted to be involved in working for social change related to war and peace, justice for Aboriginal people, poverty, prejudice and the role of women. Their meetings became consciousness-raising sessions where feminist insights of the times enabled them to see the patriarchal nature of theology and practice of the churches, and to begin to affirm their own experience and to imagine alternative life-giving social organisation and spirituality. They expressed much of this in their quarterly magazine Magdalene published 1973- 87.

In 1973 Marie, together with this group, was catalytic in the establishment of the Commission on the Status of Women of the Australian Council of Churches. This commission hosted three conferences during the 1970’s, the first bringing together one hundred women of all ages, from all states, various positions in the churches and outside of it and two Aboriginal women. The third conference in 1978 saw a move from critiquing the patriarchy to articulating a positive female vision – models of society, women’s bodies, history and stories and divinity from a woman’s point of view. This led to a strong interest in pre-patriarchal times of human history and rediscovery of Goddess. In secular women’s conferences at the time that Marie was part of, it at last became acceptable to speak of spirituality: Marie’s initiatives were catalytic in that process.

Marie wrote and lobbied extensively for increasing participation of women within decision-making bodies within the churches. She was active in the Commission on the Status of Women of the World Council of Churches.  Erin White notes that Marie’s “writing is in the public domain in articles and books with some of them, such as ‘Growing Up Protestant’ and ‘The Good Old Days of Activism’, tracing her personal journey and others, such as “Religion and Spirituality” in the Oxford Companion to Australian Feminism, being theoretical and academic.” Marie taught many courses on women and religion, frequently with Erin White; these were offered in the Continuing Education program at the University of Sydney in the late 80’s. Together they wrote Knowing Otherwise: Feminism, Women and Religion which brought those courses to a wider audience.

Marie also offered courses on women and religion at the Women’s Academy in Sydney into the mid 90’s. All of these courses were instrumental in expanding the vision of many women beyond the bounds of patriarchal theology and religion, and seeding the Goddess journeys of many. One of Marie’s courses at the Women’s Academy seeded the Re-storying Goddess classes of the 1990’s which are at the base of PaGaian Cosmology. Marie’s courses relied as much on the power of image and poetry and affirming personal experience, as on the work of feminist religious scholars from Europe and the U.S. and Australia.

Discussion with Marie Tulip and looking through her notes and flyers.

Discussion with Erin White., and Erin’s obituary for Marie 2015.

The Encyclopedia of Women and Leadership in Twentieth Century Australia